Roberts/Wesley discovers a plot to kill his beloved by the prince who will marry her, and sets out to find and defeat the criminal band hired to do the killing. After defeating the giant brute and the master swordsman, Wesley then engages in a battle of wits with Vizzini, the genius behind the plan. 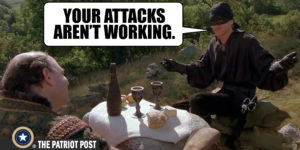 Head In Ass Supporter Comments on June 29, 2018 in No Category.
Add Comment
0 Comments